I don't know about you, but the first subject I usually look up in an encyclopedia or an index is G.K. Chesterton. So when I came across an edition of the Hutchinson Enyclopeda (a single-volume encyclopedia) from 1992, that's exactly what I did, and this is what I found:

Chesterton, G(ilbert) K(eith) 1874-1936. English novelist, essayist and satirical poet, author of a series of novels featuring the naive priest-detective 'Father Brown'. Other novels include The Napoleon of Notting Hill 1904 and The Man Who Knew Too Much 1922.

Born in London, he studied art but quickly turned to journalism. Like Hilaire Belloc, he was initially a Socialist sympathizer and joined the Catholic Church 1922.

How many errors can you spot in those five lines? (Admittedly, one of them is more an infelicity of expresssion than an error.)
Posted by The Irish Chesterton Society at 9:17 PM No comments:

Describing a journey he took recently, he makes this oblique reference:

Also, the train to Nottingham stops at Market Harborough, which allows me to text messages to one or two trusted people saying ‘Am in Market Harborough’, knowing I will receive replies asking ‘Where ought you to be?’

Read the rest here (although the rest is quite unrelated to Chesterton).
Posted by The Irish Chesterton Society at 10:24 PM No comments:

A piece of whimsy from Irish Chesterton Society member Stan Reynolds, regarding Trinity College Dublin's recent redesign of their crest:

Based on the highly logical reasoning found in the most important text of 1979 A.D. - Douglas Adams' “The Hitch-Hiker's Guide to the Galaxy” (Ch.6, p52), the following theological argument can surely now be made:

“I refuse to prove that I exist,” says God, “for proof denies Faith and without Faith I am nothing.”

“But,” says Man, “the recent removal of the Bible from the crest of T.C.D. is a dead giveaway isn't it?”

“For,” continues Man, “the symbolic removal of the Bible from the very institution which has been vouchsafed custody of the ancient and wondrously illuminated gospels, know as the Book of Kells, simply must involve levels of irony vastly in excess of those that can possibly be generated even by the most senior management of an institution determined to become notorious as Ireland's foremost TCD - Third-level College of Dunce-craft.”

“Oh, that little 're-branding' matter,” says God nonchalantly, “but they are also changing their crest's colour scheme and, since it is well-known that I am the Cork team's most fanatical supporter, I can admit to naughtily feeling secretly pleased that on the playing fields of my beloved Ireland the letters “TCD” shall henceforth stand for “Tipperary Colours Denied.”

“We demand!” says Man, “that You maintain our discourse at a suitably serious level!...so less of the enthusiasm for mere sporting matters if You please!...Now, it is in fact quite clear that the irony levels involved in the TCD (Trinity Crest Debacle) are so mind-blisteringly high as to conclusively indicate the existence of infinite irony.”

“Furthermore, since we now know from observation that the Universe, while expanding, is finite, any infinite quality (even ironically, irony itself) must have an infinite source and, if we are to take our monotheism seriously, that Source can only be You, God.”

“Therefore,” says Man, “we must inform You that your existence has now been officially TCD'ed – Theologically Completely Determined. For, by tapping into vast and infinite irony, TCD (Those Complete Duffers) have, quite accidentally it seems, managed to prove that You exist , and so therefore, by Your own arguments, You don't. QED.”

“Oh dear,” says God, “I hadn't thought of that,” and promptly vanishes in a puff of logic.

“Oh, that was easy,” says Man who then, for an encore, (having removed the text upon which western civilisation's moral and economic limitation is based -i.e. the manual of its governance), continues to unwittingly install and happily practice quite the opposite -i.e. anti-governance.

And the rest is, as they say, likely merely prefaced by our recent history.

Stan Reynolds
Posted by The Irish Chesterton Society at 2:16 PM No comments: 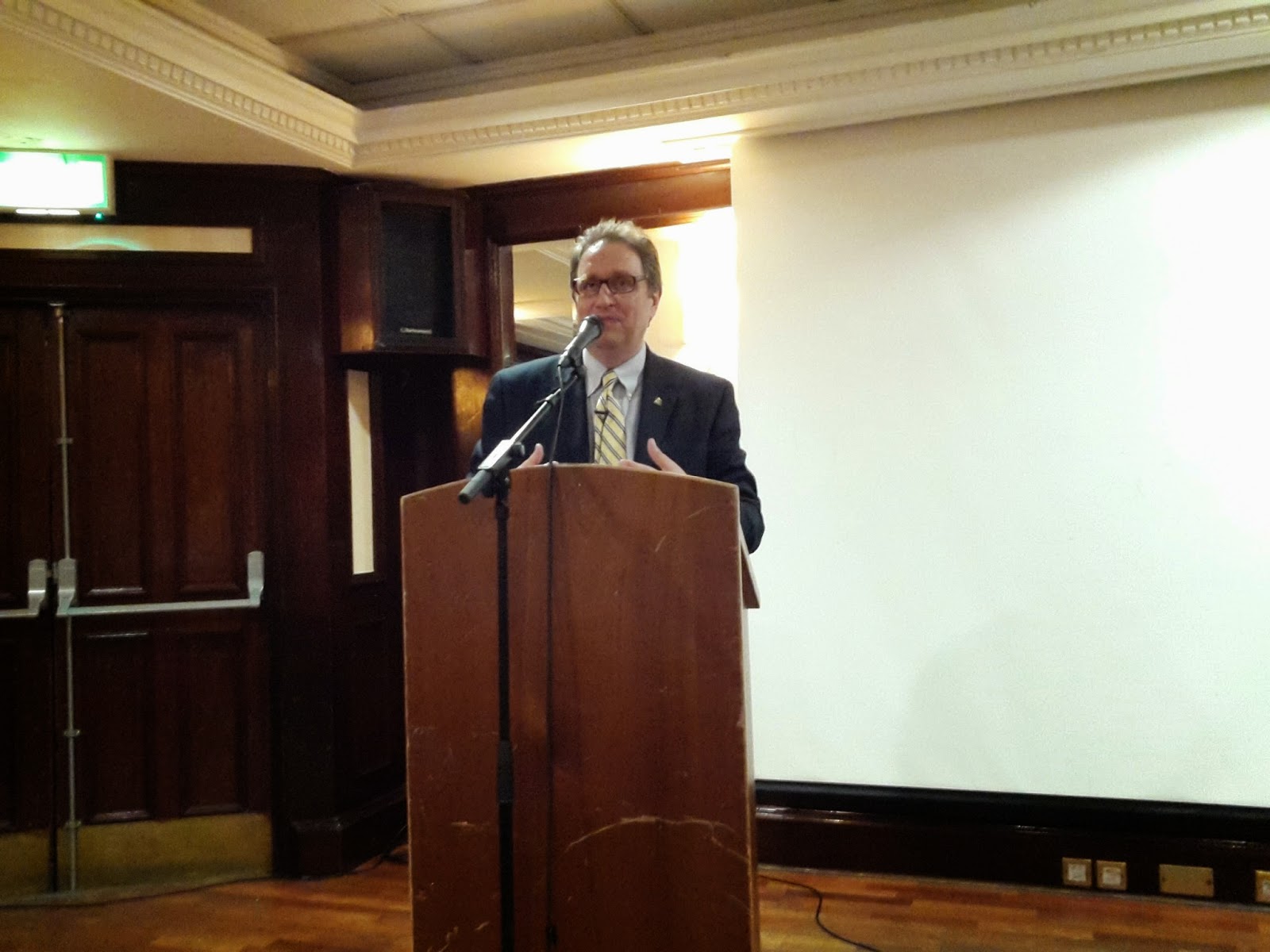 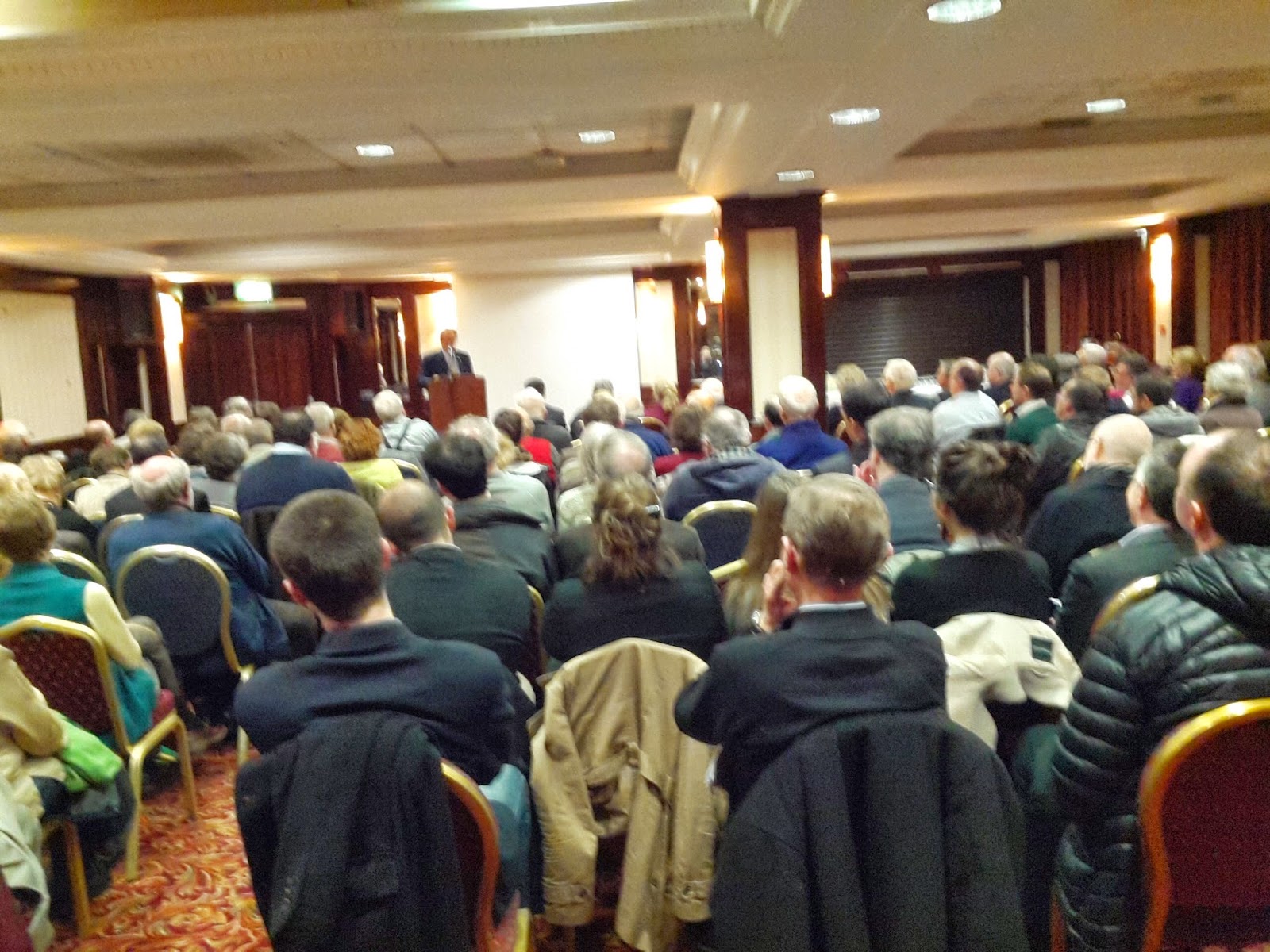 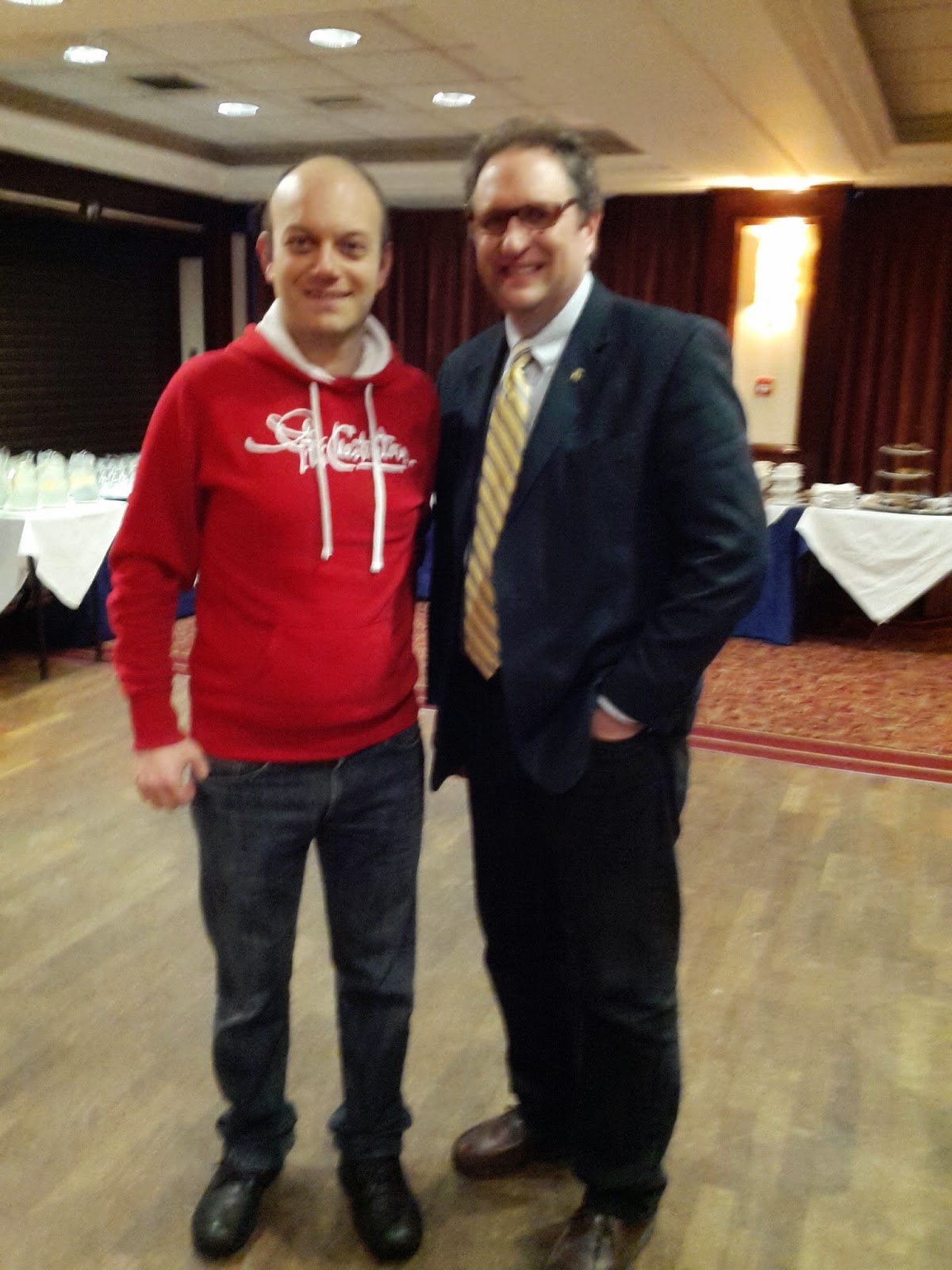 The video can be viewed here!
Posted by The Irish Chesterton Society at 3:28 PM No comments: